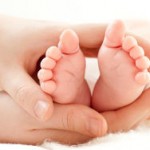 Pregnancy is life transforming for the mum at all levels. Pregnancy is the most natural process which has occurred since the beginning of time and is part of the normal life cycle, however no pregnancy is the same and can prove very painful and in some cases traumatic for the mum. As the uterus and body continually changes shape to adapt and accommodate for the fetus, extra fluid and the placenta, it is very common for the mother to experience aches and pains, all of which can cause considerable changes to posture.

While this is occurring, there are enormous hormonal and emotional changes within a
relatively small period of time which the body also has to cope with. Also, if there are also
any underlying problems, such as old back or neck injuries, old traumas or accidents that
have occurred prior to pregnancy can prove problematic for the mum.

The female body also releases the hormone relaxin. Relaxin helps the body to physically
adapt to the huge changes that are taking place by making the body become slightly looser
and more pliable. Genius idea!! However, it does have its flaws! Because the whole body
softens, it makes it more vulnerable to strain during pregnancy, therefore an increase in pain.

Osteopathy can help with all sorts of problems during pregnancy: